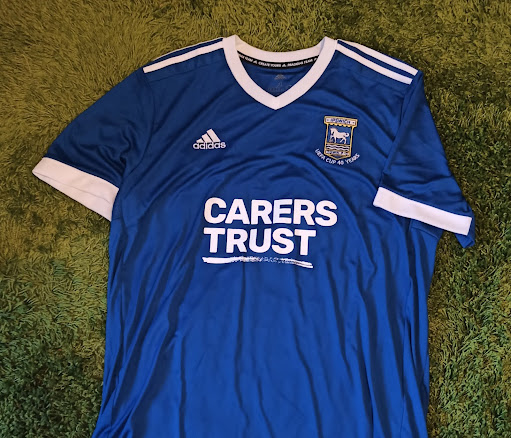 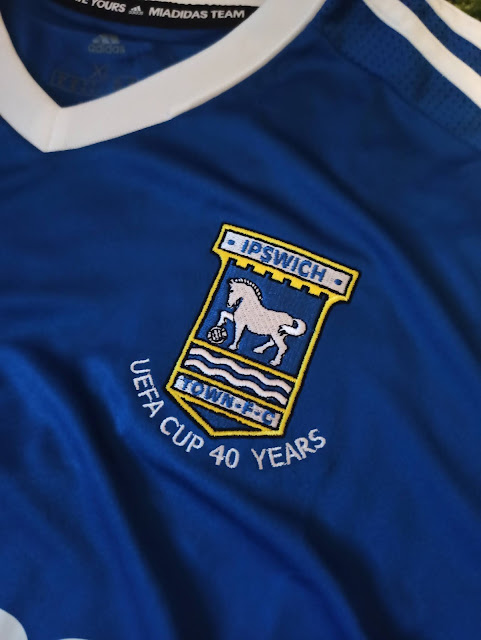 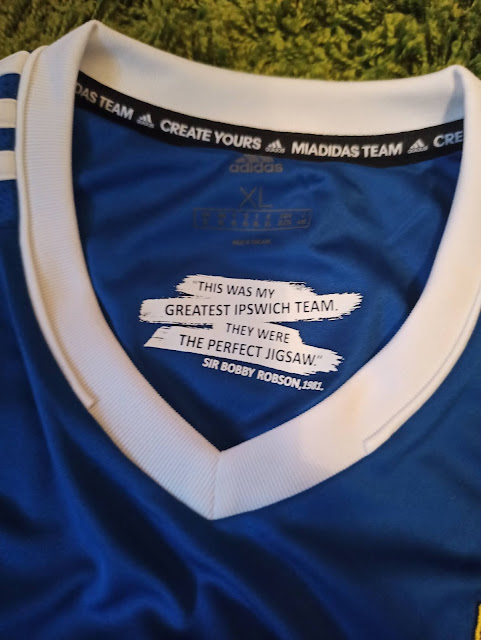 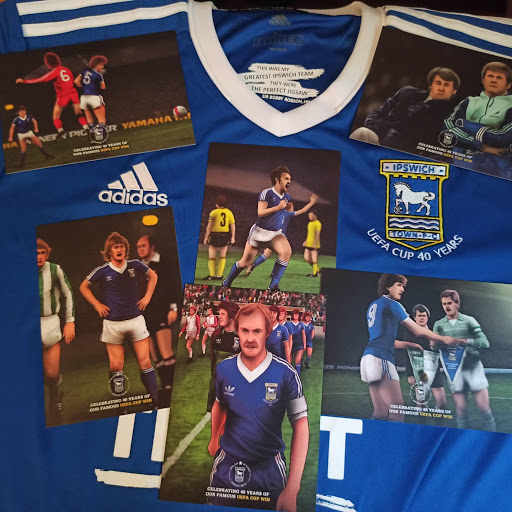 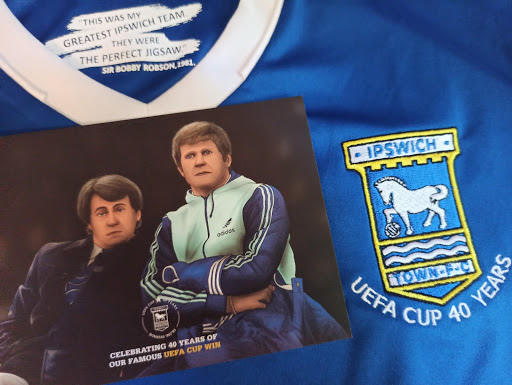 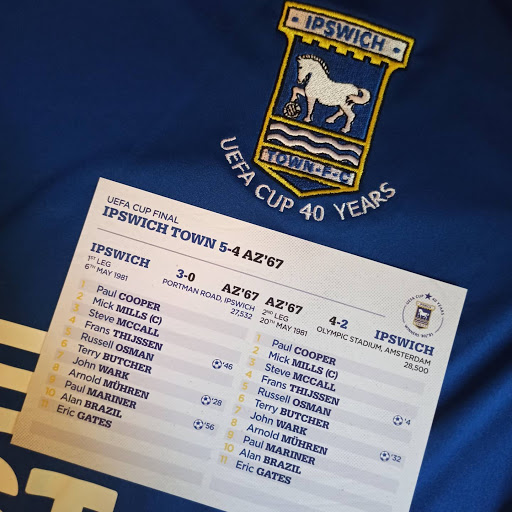 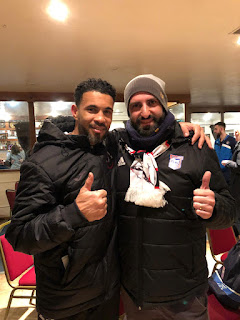 For those who don't know me my name is Simone, I'm 37 years old and I live in Milan. I love football in all its forms. I’m an Ipswich Town (and I am extremely proud to be the president of the ITFC Italian Branch) and AC Milan (the team of my city) supporter. I'm never been good at playing football but I've always tried to play for fun, with passion. I also love football shirts, the history of football, football books, football films, football videogames ... in short, I’m never satisfied from all this that it is much more than a game. Because if it were only a game it would be an end in itself; but this passion brought me to know people, friends, cultures, stories that helped me to make me who I am. I see all this as my "football family" an integral part of my life.

Through this article I want to tell you about one of the most beautiful stories that has happened to me thanks to football: the history of my friendship with Carlos Edwards, the footballer, who has now become "my friend Carlos" ...

S: "Akenhaton, is he related to the Pharaoh?"

C: "Haha love that… Yeah my dad named me after the Pharaoh, and my Grandad named me Carlos after a famous boxer…It’s strange…”

So, we have the names of a Pharaoh and a famous boxer (Carlos Monzon); nobody could have known that this newborn would have been successful but, for sure, these names were auspicious, so, at the end, it’s not very strange.

Carlos became a footballer, in his native Trinidad&Tobago playing in local teams (Patna United, Queen's Park CC and Defense Force) but with the new millennium came the turning point: in 2000 the great opportunity arrived in the UK where he starts to establish himself as a level player starting to grind kilometres on the right wing. Wrexham, Luton, Sunderland, Wolverhampton, Ipswich and Millwall on a 16-year professional career journey through all 4 levels of English professional football from League Two to the Premier League. A journey full of satisfaction that made him popular and loved wherever he played. In 2016 he returned to his homeland for play with Mau Pau Stars and Central FC. Since 2017 Carlos has returned to Suffolk to continue playing at non-league level: he plays the joint role of player-manager at Woodbridge Town and from 2020, when not engaged with the Peckers, he also plays with Bury Town.

Carlos also has an excellent international career: he represented Trinidad&Tobago from 1999 to 2017: with the "Soca Warriors" he reached the peak in 2006 when he participated at the World Cup. Even today, Trinidad&Tobago is the representative of the smallest country in terms of extension (the second in terms of population, overtaken by Iceland in 2018) to have participated at the World Cup.

C: ”Chaconia Medal was awarded to us for qualifyng for the 2006 World cup: I was awarded the gold medal which is the second highest award in Trinidad&Tobago."

I don't want to write too much on Edwards' brilliant career, this kind of information is easy to find on the web, I prefer telling you about the Carlos that I had the fortune to meet….

As an Ipswich fan, I always admired Edwards when I saw him play. Ductile in all roles on the right wing, technical, fast, smart: our captain was always solid, a security, one you can always count on. Every time I saw one of his games, I never worried about his performance: I knew that, whatever the results, he would not have disappointed me. One of the differences between watching and seeing a football game is to understand that there is not only those who score goals: there’s a team and Carlos has always done an excellent job in his role giving 100%. I have always loved and appreciated all this and it was not difficult for me to consider him my favorite player.

The first time I met Carlos was in March 2013 for the Supporter's Weekend at Portman Road. For that occasion we had thought of rewarding the player of the year for our branch and, as said before, we had no doubts about who he was. Thanks to the availability of the Club we were able to organize it, so we had a plaque made and we brought it with us to Ipswich. The game in question was against Bolton and the award ceremony would take place after the game: the match was very balanced and tense at 0 - 0 when Carlos pounded the winning goal at the end! What about ... did we bring luck?
I remember those moments with great emotion, you never know what to expect when you meet a professional footballer: you admire him on the field, but contrary to what some fans may think you don't really know him, you can only idealize him. But Carlos transmitted joy and sympathy just by seeing him. I remember the delivery of the plaque, the ritual photo but, above all, the chat that followed (where we found out we were fans of the same Italian team!) It impressed me because I realized that it would not end there…. Now I don't know why, I was lucky enough to meet many players and Carlos certainly met even more fans, but from the beginning it seemed to me something different. From the first moment I didn't feel treated by him as a fan but as a person; the footballer-fan condition, which is normal in these contexts, had disappeared and, of course, I was very happy with this. 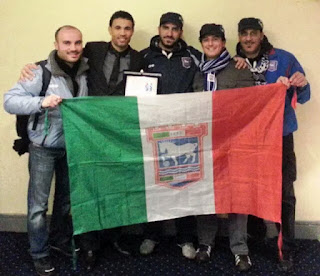 In fact, once back in Milan I received a Tweet from Carlos who thanked me and the guys, and from there we started to write to each other constantly to keep in touch: we met again the following year and not because we were "forced to" due to the delivery of a prize but because we wanted to meet. Among other things, Carlos didn’t even play that game and despite this (pissed off and difficulties of the moment) he was there to meet me and the guys of our branch. 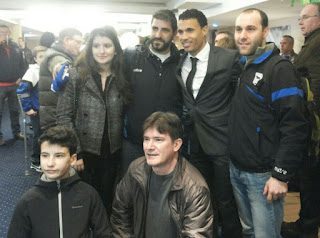 Then the cold shower: Carlos leaves Ipswich. I know that for a professional footballer, football is also a job and things can change quickly, and if I thought that something would change in our relationship, it didn’t. 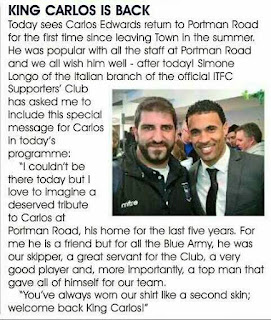 The meeting with Carlos that perhaps I prefer took place in the summer of 2015: at the time I was on vacation in London with Elisa (my wife) and Carlos was at Millwall, but he was recovering from a bad injury that had kept him out for a year. We organized anyway and the appointment was at The Den after the game and it was wonderful for me because it went beyond the team where Carlos played and went beyond the team that I support. As a testimony to Elisa's words (it was the first time she had met him) after the meeting while we walked (on foot!) happily along the road from The Den to Tower Bridge (where we had the hotel): “I didn't think you were such good friends, Carlos is a really top man!”. 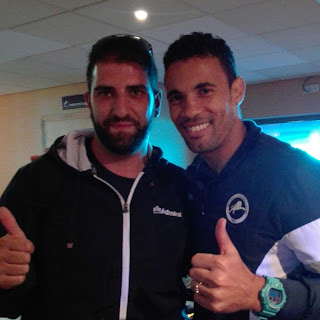 Contacts have never been lacking over the years, despite our changing lives, and the last meeting with Carlos took place last month in Woodbridge. 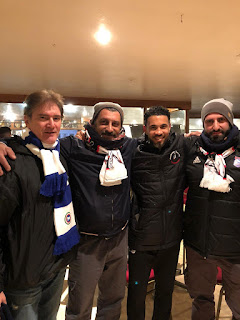 Despite the distance, despite everything: I don't know if I give the right idea and I don't think that these lines fully express my emotions and gratitude, but I wanted to try to show Carlos as a man and not only as a footballer. He was a top level player but what matters most is that, beyond football, he is an extraordinary, generous and always available guy. 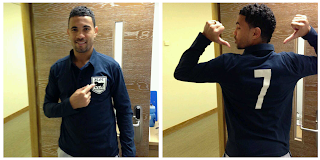 Hence the idea of ​​this interview that I have the pleasure to share with you all...

1. S: “You're linked with Italy, not only because you're our friend, but also for supporting an Italian club: tell us how you started to support AC Milan and your passion for the Rossoneri...”

C: “I'm linked with Italy because I love you guys, and of course my love for AC MILAN.
I started supporting  AC Milan when I was a young boy back in my home country  of Trinidad &Tobago, as a kid you always want to watch the best team and they were  always the best for me, there's  no other team I’ll support. “ 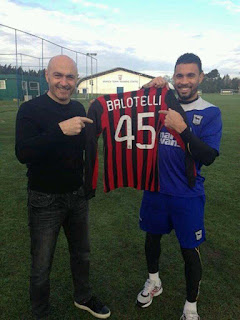 3. S: “You played for ITFC for 5 seasons, select your favourite XI including you and 10 teammates of that period (choose your formation and put yourself in your favourite position)" 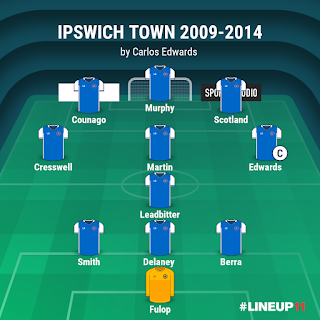 I'll put myself in as a wing back, myself and Cresswell worked really well on opposite sides.”

4. S: “Me and some other lads of the Italian branch have a great passion for football shirts: which are your favourite kits (one from home and one from away) that you wore during your time representing Ipswich?”

C: “My favourite will be, 2013/14 season i think, the blue with the white sleeve, and the away one is the Red with the black sleeve.” 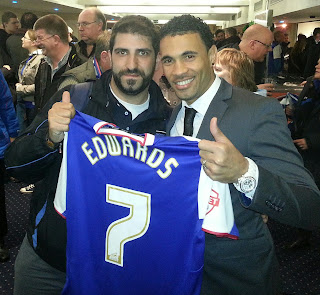 5. S: “Which are the best memories of your career?”

6. S: “We met recently in Woodbridge (you are player-manager there), this explains your infinite love for the game: you are still playing at 41 and showing the same genuine passion for the sport that we love... You played at the highest level, how is it playing alongside non-professional footballers? And which are the main differences between pro and amateur football?“

C: “It was great seeing you guys, and giving us some support can't thank you enough, I live, breathe football so the passion I showed when I played at the highest is the same I do now even at the age of 41, playing at this level is challenging, some players don't take it as seriously.
The difference between Pro and amateur football, pros train every day and get paid really good hahahaha! Amateurs really love the game regardless of the crowd or pay, even though some players will love to play and can play at a higher level.”

C: “My plans for the future are to someday manage at a high level, it’s always good seeing you guys, and its 1 of my dreams to come to Italy to watch my great AC Milan with you guys.” 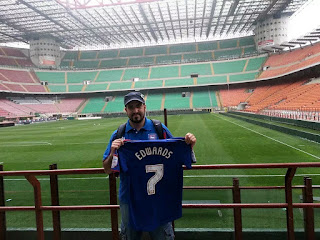 S: "See you soon in England and we are waiting for you here in Milan to watch an AC Milan match together then ... thanks for your time Carlos ..."

I would have liked to ask Carlos a further question which was: "What do you think about the fans and
their role in the life of a footballer?" but, then, I didn't do it because I thought there was no need and so it was ... he has already answered himself the various questions demonstrating that sometimes a history of cheering can become a story of friendship. 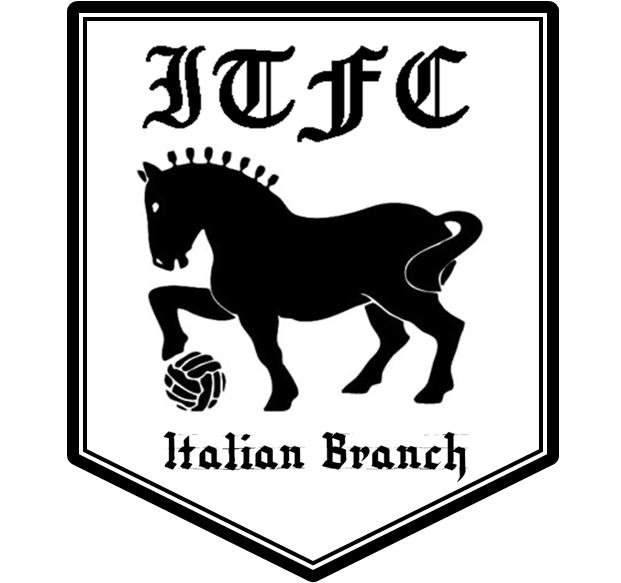 YOU'LL BE ALWAYS IN OUR HEARTS 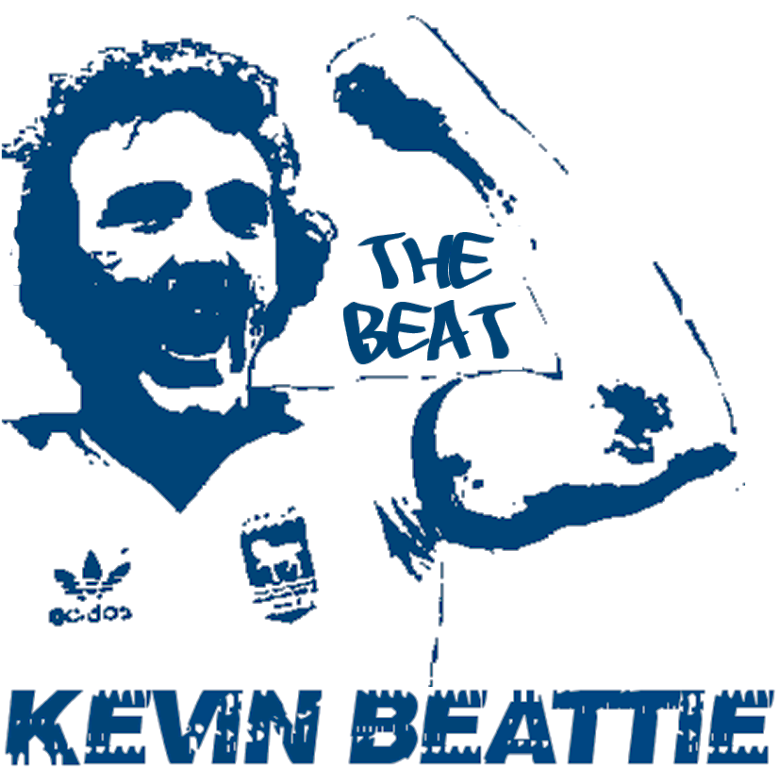 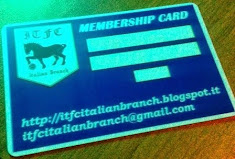 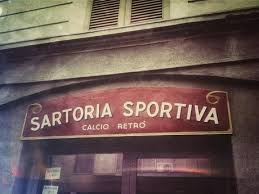 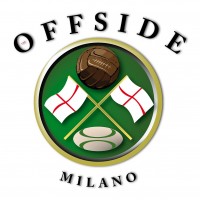 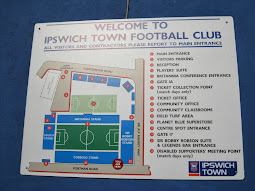 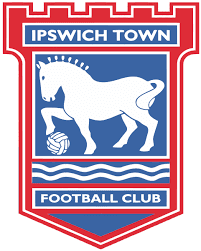 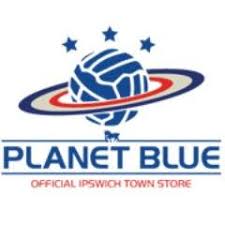 THANK YOU FOR YOUR VISIT! 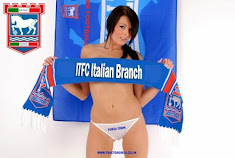